3 Doctor Recommendations that You Need to Hear About Blephadex

We’ve all suffered through dry or irritated eyes at some point in our lives, but rarely do we do anything about them. Most of us chalk up our red, inflamed eyes to exhaustion or staring at screens all day, when in reality, a majority of Americans are actually dealing with larger problems: blepharitis and Demodex mites.

Blepharitis is essentially the inflammation of your eyelids that can be caused by several factors, including skin conditions or Demodex mites. Now, this disease may sound scary, but it’s actually pretty common. The thing is, most people don’t know that they even have it, let alone how to fix it.

We recently spoke with an acclaimed optometrist who specializes in the medicinal treatment of eye conditions. Formerly president of his state optometric association, he now runs his own private practice and is largely sought after by physicians and patients for his expertise and experience.

Speaking with him gave us some valuable insight about why he feels that Blephadex should be the only treatment you consider when addressing blepharitis and Demodex.

“I find patients tend to stick to treatments when they understand that there’s a benefit or prevention of a blinding eye disease.”

Demodex mites are microorganisms that live in the oil glands of human hair follicles. As off-putting as they sound, what’s even more upsetting is that most of us have them in some quantity. Our eye doctor noted that out of the 35 patients he sees daily, about “50-60% have evidence of Demodex.”

With all the different solutions that claim to treat blepharitis and Demodex mites, the only proven method is using a formula that contains tea tree oil. Blephadex uses this powerful ingredient to thoroughly cleanse the eye and provide immediate, effective results.

The acclaimed doctor we spoke to feels confident recommending Blephadex to his patients with inhibiting blepharitis or Demodex, citing, “I find patients tend to stick to treatments when they understand that there’s a benefit or prevention of a blinding eye disease.”

It’s the Only Product that Patients Tolerate

To balance out the abrasive tea tree oil, Blephadex uses coconut oil to moisturize and soothe the eye. Some of our eye doctor’s patients have complained about other products, saying, “This stuff burns like crazy. I’m not using it.”

Blephadex is not only effective, but relaxing too, so you don’t have to worry about pain or irritation. Making daily eye care a habit is a whole lot easier when you enjoy your treatments and know they’re working.

“I want them to stay on [Blephadex] because I know it’s going to come right back as soon as they stop.”

You Shouldn’t Stop Using It

Yes, Blephadex provides instant relief and long-term results, but it’s important to make it a part of your daily routine. When asked about how long patients should use Blephadex, the leading OD we spoke to said, “I want them to stay on it because I know it’s going to come right back as soon as they stop.”

Blephadex works by thoroughly cleaning your eye and killing Demodex, but in order to ensure your symptoms don’t return, daily use is essential.

This patented blend of domestically sourced ingredients is made in FDA-inspected, GMP-compliant facilities. Ask your doctor today about how Blephadex can help relieve your irritating symptoms of blepharitis and Demodex.

Get FREE Blephadex Samples Plus a Coupon for FREE Product that You Can Apply to Your First Order!

Get FREE Blephadex Samples Plus a Coupon for FREE Product that You Can Apply to Your First Order! 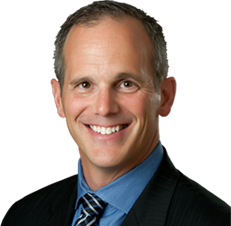 “If you still have questions or you’re convinced that the product you’re using now is better, I encourage you to take the Blephadex Challenge”

“The evidence will be visibly clear – which eyelid looks less inflamed and feels better? The results might surprise you, even after only a handful of patients and 30 days.

I feel confident that your choice will be easy: You too will be a Blephadex practice.”

Call to Get Samples
×